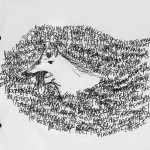 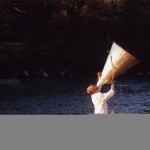 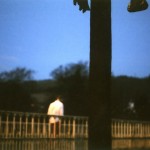 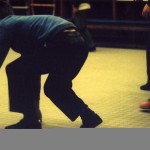 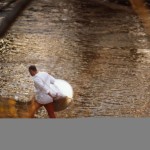 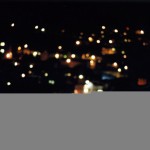 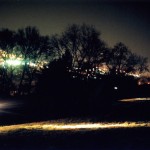 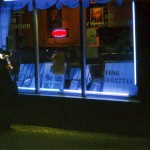 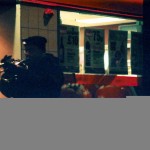 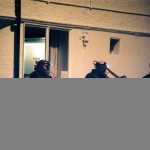 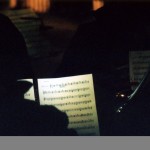 “During the winter of 2005 I spent 3 weeks in Northern Quebec on the Rouge Matawan hunting reserve in the Laurentian hills as part of an artists’ residency exchange with Wales based group ointment and Boreal Art Natur Quebec. An enduring memory of this place for me were the wolf packs, audible at night and absent by day, save for their tracks and kills. Numbers are now increasing again as the wolf is a protected animal in this part of Canada.

“The wolf howls called up a physical sensation I had not experienced before, an excitement probably rendered by the folk tales of this legendary outlaw, as well as some primal response to the proximity of another predator. On returning to Wales I began to imagine the long disappeared packs that wandered the hills here until the 17 century. They were steadily annihilated by hunting, the growth of agriculture and a prevailing social and religious perception of the wolf as evil and dangerous. The last remaining physical artefacts of the wolf in Wales are 3 paws nailed to a block of wood, found in a castle in Carmarthenshire, they now live in the National Museum. In Wales the wolf is a mythical creature, preserved in a rich and dark folklore, where the wolf usually personifies hunger, famine and the hardship of peasant life in the Middle Ages.

“Public ‘howlings’ have happened in Algonquin, Canada since the 1970s, where thousands of people turn out to howl and wait for a response from local wolf packs, who will call back. This movement has grown in parallel to the ascendance of the wolf in parts of Canada and the US.

“Following a week- long series of dawn and dusk performances around Newtown Louphole culminated in a public wolf ‘Howl’ on Bryn Bank. On a cold, clear sky evening on 4 March 2010 this featured a new commission by Barnaby Oliver for the Newtown Silver Band. ‘Newtown Howl’ combined adaptations of wolf calls with a Native American Blackfoot wolf song, this lupine march accompanied the public of town to Bryn Bank, where they assembled to howl.

“The wolf, whilst absent from our physical landscape, still occupies a significant part of our collective conscious, language and cultural territory. Louphole aimed to create the possibility of encountering the absent wolf as something primeval, an animal that evokes our own innate wildness and through the collective voice renders an embodied memory of its former presence in this landscape.

“Over 100 people came, what did they have to howl about?

“Following the event the audience made their way down to the Elephant and Castle Hotel for tea and hot cross buns… below the Bryn a small group of boys noticed some dogs in the window of a small house howling into the street, with a bemused woman standing between them, the boys congregated at the bottom of the garden and howled back… Later, a the hotel, I overheard a group of people suggesting an annual howl on the Bryn…”
Simon Whitehead